New Episode Every Other Sunday 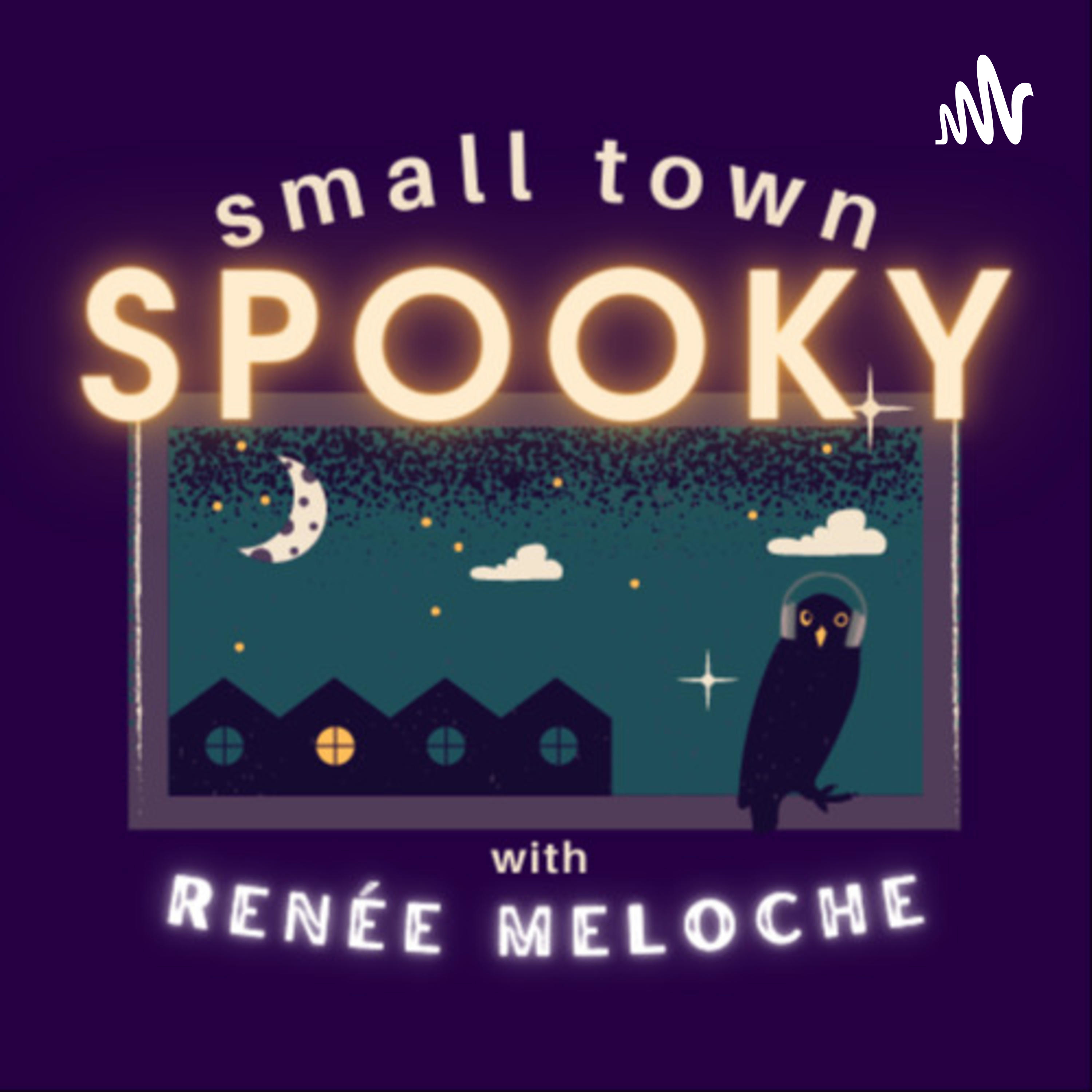 ❄️ Welcome back, ghoul gang! ❄️ In the second instalment of a pair of very special holiday episodes, @reneewrought shares some lightly frightening, definitely shivery, winter stories. So grab a mug of something piping hot ☕ snuggle up under the covers and prepare yourself for a visit from ghosts of winters past. ⚠️TW: References to infant death (fictional), accidental death, death by suffocation, freezing, mentions of hunting and decapitation. Follow @smalltownspooky on social media and check out smalltownspooky.wixsite.com/home for updates and extras. Find the transcript for this episode here. Small Town Spooky is researched, written, and recorded by Renée Meloche. Sound design and mixing by Renée Meloche. Special thanks to the providers of the music for this episode: It’s Not Hard to Get Lost by Bryan Mathys (title theme); Cotswold Snow, The Sighful Branches, The Silent Grove and Frost on the Meadows at Dawn (after Holst, Abroad as I was walking / Lord Dunwaters) by Axletree; Fantasía del Bello Alcazar by sawsquarenoise; Winter Night and Tavern Loop One by Alexander Nakarada all licensed under Creative Commons Attribution 4.0 License. “Crackling Fireplace and Soft Piano Music” and “In the Bleak Midwinter” by Julius_H; “Dance of Nordic Leaves” by GioeleFazzeri and all sound effects courtesy of Freesounds.org are licensed under Creative Commons 0.

L2M is a labour of love between two life-long friends and queer career creatives.

Renee (she/they/he) is the bifurious parent friend you didn’t know you needed. She’ll yell at you for talking smack on yourself and then spend twenty minutes telling you how #amazing you are. Renée’s short fiction and poems have been published nationally and they are working on getting that sweet debut novel deal. Currently living in the frozen wastes of Edmonton (that’s in Canada!), she’s raising two corgis with her partner in life and exciting culinary endeavours.

Gio (he/him) hasn’t stopped talking since he started, so his whole life has been leading up to the moment he decided to make a podcast. He created his own graphic design company after escaping the hamster wheel of #corporate Toronto (that’s in Canada!). Gio has worked with #fashion designers, international sportswear brands, Amazon (yes, that Amazon), Pride festivals, and many more local outfits in his current stomping grounds of #Windsor (that’s in Canada!). He’s very passionate about his work and very humble, but that hasn’t stopped him from setting his career ambitions as high as he can reach (which it’s pretty high, he’s 6’3”).

What We’re Talking About

This show isn’t only about artists. In a mix of solo episodes and interviews, Gio and Renée cover topics like imposter syndrome, procrastination, optimizing our work-from-home spaces and dealing with burnout. We talk to different professionals from diverse industries, hearing about their successes, their failures, and their creative breakthroughs.

We Want To Hear From You!

We appreciate every review, rating and subscription. Like what you hear? Hate it? We want to bring you the highest quality content, and would love to hear what you think about the podcast! Leave us a review on Spotify or Apple Podcasts today, and don’t forget to subscribe!

Lee Kvern (she/her) has been writing for almost thirty years, and she hasn’t met a writer that she doesn’t like. Lee can always find the good in people—or, at the very least, the interesting—and her award-winning short stories ("White", 2007 CBC Prize for Fiction; "Visibility", 2006 CBC Alberta Anthology; "Fourteen", 2007 CBC Alberta Anthology; "Detachment", 2010 Malahat Open Season Award finalist; "The Nothing Yard", 1999 Heritage Short Story Contest) and celebrated novels (The Matter of Sylvie, Afterall) tend to feature characters you might call 'unlikeable'—but that's the fun of writing them, and seeing where their stories end up. Lee joins Gio and Renée to talk about how far she's come in her career and how far she still wants to go, story building craft, and how to have it all as a parent, an employee and an author—hint: you have to pick your priorities. Detours include the odd jobs authors tend to have, the joy of making yourself a nuisance to elected officials, and the pleasure of teaching yourself how to make art for art's sake. Find Lee on social media @leekvern.  Want to support the show? Check out our bonus content on Patreon. Gio Petrucci: giografik.com Renée Meloche: reneewrought.com